My feedback for the Windows Feedback Hub. 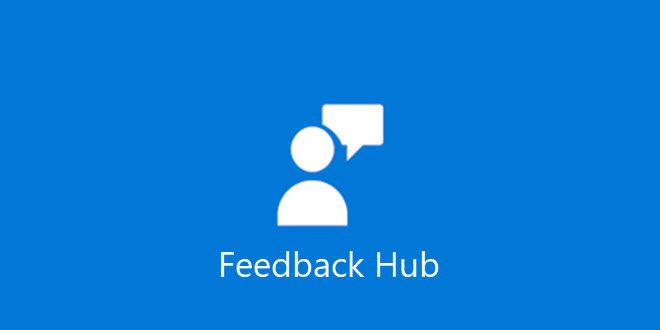 First of all, I want to say: That’s my personal point of view. If you don’t agree or you think I’m writing nonsense please let me know (in a polite way) in the comments or on Twitter. I’m always ready to lead a discussion.

(You can find a link to this blog post in the Feedback Hub here https://aka.ms/AAd37ra

What exactly is the Feedback Hub?

The Feedback Hub is an App for Windows 10 and Windows 11 for providing Feedback on Windows and applications which run on Windows. Microsoft first created the Insider Hub, so that the testers of the Windows 10 beta were able to provide feedback. On March 17, 2016 it was merged into a new app called Feedback Hub, accessible for everyone.

Feedback Hub is a store app. You can download it under the following link: https://www.microsoft.com/en-ph/store/p/feedback-hub/9nblggh4r32n.

You can read more about the Feedback Hub in the Wikipedia article about it.

What do I think about the Feedback Hub?

The idea behind it is great! Offering a solution where the daily users can provide their feedback is super useful and smart. It helps the Windows team making decisions based on real thoughts of users.

But this idea doesn’t work as it should. The following points will show you why:

Microsoft lost the overview over all the suggestions/bug reports

In the feedback app there are too many duplicates and too many new suggestions/bug reports and as far as I can see Microsoft doesn’t have enough employees to get all these treated. The addition of collections really helped, but that isn’t everything which would help. On the link above a Microsoft employee answered that they have plans to clean up the Feedback Hub. But there are other things that could help:

When something gets implemented into Windows, the issues just stay there and nothing really happens to them. With the ability to close issues, employees could easily dismiss issues which don’t apply (anymore).

I also have some issues which are resolved. But I can’t mark them as resolved.

Only allow feedback for products/topics which are moderated

Currently you can leave feedback for every application on your computer. Even if the publisher never heard of the Feedback Hub before. Obviously, that’s creating a mess. Further down in this article there are other thoughts on this problem.

Allow outside collaborators to help

When it’s obviously too much for the employees, why not let MVP’s and/or MSFT open-source contributors help you?

You can only access the Feedback Hub with the App

You can give Feedback to not Microsoft related products

As mentioned above you can give Feedback to every app you have on your computer. That’s nonsense. Because the publisher of these apps isn’t allowed to give official answers. I think that was possible over the partner center in the past, but they shut down this feature (which is incomprehensible for me).

And also, Microsoft own products (like PowerToys) which collect their feedback on other websites (like GitHub) aren’t able to suggest the user to leave their feedback there. (https://aka.ms/AAd4fb7)

Windows is too conservative

One reason why Windows is such a success is it has a very large backwards compatibility. And with this backwards compatibility you can’t just make a whole new system. That’s clear to me. I know some feedback got implemented into Windows, but there’s so much more useful and creative feedback which just gets lost. I know this is a reason why it shouldn’t exist, but I think it’s good that the Feedback Hub exists. This here is a problem, where I don’t know a solution for it.

The App is slow

I don’t know if this only happens in Europe, but sometimes I need to wait up to 2 minutes for the comments to load.

You don’t really get something for the quests

No Points. No Award. Nothing. The quests are really pointless. They’re more tutorials for new features. Not quests. You can just click finish, even if you didn’t do something.

How could Microsoft make it better?

In my opinion Microsoft should:

Thank you for reading this article. Please let your thoughts in the comments.